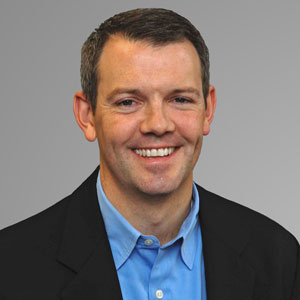 Patrick Morley, President and CEO
The security landscape is evolving rapidly. Enterprises are realizing that their endpoints—data center servers, desktops, laptops, and fixed-functions devices, such as point-of-sale machines—are the target of advanced threats and targeted attacks. The network is not the target because the information that attackers want is located on organizations’ endpoints. And traditional endpoint security solutions, such as antivirus, are increasingly ineffective against today’s advanced threats. This creates a tremendous opportunity for Bit9 + Carbon Black, which delivers the industry’s most comprehensive next-generation endpoint threat prevention, detection and response solution for enterprises large and small.

“Endpoint security is going through a rapid transition as organizations are learning—often too late—that antivirus is insufficient against today’s advanced threats,” says Patrick Morley, president and CEO of Bit9 + Carbon Black. Headquartered in Waltham, Mass., the company enables organizations to arm their endpoints with its combination of continuous, real-time visibility into activity on every endpoint; real-time signature-less threat detection; incident response that combines a recorded history with live remediation; and prevention that is proactive and customizable.

“There’s a debate raging in the security industry about whether organizations should opt for a best-of-breed solution using products from multiple vendors, or go with a fully integrated approach from a single vendor,” says Morley. “We believe companies can have it both ways. That means using the very best and most open point products, so your endpoint security works seamlessly with your network security and so on. That’s why we are laser-focused on the openness and extensibility of the Bit9 + Carbon Black platform.”

Morley says the key to Bit9 + Carbon Black’s success is its real-time monitoring and recording capabilities. “Most malware does its damage within minutes and then morphs or deletes itself. Scans and snapshots aren’t good enough. Organizations need to know what’s resident and running on their endpoints and servers right now. Our products’ DVR-like capability is one of the most significant differentiators for us in the marketplace.”

For instance, one of the world’s top 10 petroleum refiners was the victim of a cyber attack that resulted in the loss of bid data pertaining to oil discoveries. Its antivirus software was unable to stop the attack, so the refiner turned to Bit9 + Carbon Black’s policy-driven, easy-to-manage solution. The company now enjoys real-time visibility into and intelligence about all activities on every endpoint and server.

Named as the Best Endpoint Protection solution by security professionals in the SANS Institute’s best of 2014 Awards, Bit9 + Carbon Black’s products and services are helping organizations worldwide secure their vital information. The company also partners with managed security service providers (MSSP) who deliver the Bit9 + Carbon Black solution as a managed advanced threat protection service. And incident response (IR) companies use Carbon Black as their top detection and response tool for investigating and remediating security breaches. “As increasingly sophisticated and destructive advanced threats proliferate, we have the right products and the right team to safeguard your assets,” Morley concludes. 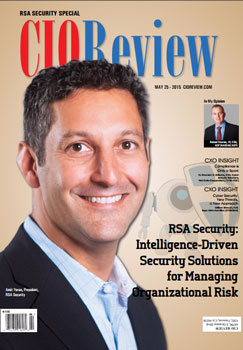